3 Alternatives To Nagging Your Spouse

In many marriages, one person will often play the role of the nagger, constantly harping on his or her spouse about things that are bothersome. This dynamic is difficult for both parties; the person being nagged likely doesn't appreciate it, while the person doing the nagging may feel resentful that he or she has to play this role.  If nagging is an issue in your relationship, counseling can be an asset.
Thu, Jul 21, 2016

Exploring How Depression Treatments Have Advanced with Modern Science

Not all that long ago, the common treatment for depression was simply the advice to "cheer up," or, in severe cases, more drastic treatments like electroconvulsive therapy. Later, early medications used to treat depression often caused as many problems as they solved. This historical ignorance of depression combined with the typical symptoms of the disorder mean that many sufferers are still nervous or pessimistic about seeking professional help. But modern science has made incredible strides in both its understanding of and response to depression in recent years, and it has led to some dramatic changes in how depression is handled in patients.
Mon, Jul 4, 2016

Why Sleep Is So Important If You Suffer From Anxiety

Anxiety can affect people in different ways, but a common effect of this condition is a lack of sleep. Feeling anxious cannot only prevent you from getting enough sleep, but not getting enough sleep can also worsen your anxiety symptoms. To beat your anxiety, you may need to take medication and seek counseling services, but another way to reduce your symptoms is to make sure you get plenty of sleep.
Mon, Jul 4, 2016

How Exercising Might Be The Best Treatment Option For Anxiety

Anxiety is something that can be miserable to live with, and finding the right medication to treat the problem is not always easy. This is one of the reasons many people turn to natural solutions for treating anxiety, and one option you could try is exercising. Exercising is completely natural, affordable, and effective when used as a treatment option for anxiety, and this could be the one solution that actually works for you.
Fri, Jul 1, 2016

According to the Anxiety And Depression Association of America, one in eight children suffers from anxiety. If you have a young child of your own who has been displaying signs of anxiety and fear, you may wonder what steps you can take in alleviating their symptoms. Here are some steps you can take to help your child relieve some of the feelings they experience when they are afraid of something, helping them to live a happier life as a result.
Wed, Jun 29, 2016

3 Reasons You Should Consider Becoming A Medical Volunteer

Becoming a medical volunteer is an opportunity to help improve the lives of patients who may live in environments without adequate medical care or ones right in your backyard who are uninsured. There are many advantages for both patient and volunteer when you invest your time and skills. Reduce Student Loan Debt Some volunteer programs offer awards or work directly with federal student loans to help reduce loan debt for medical professionals who volunteer their time in specific medical settings.
Mon, Jun 27, 2016

Many married couples struggle with sexual issues in their marriages, and this problem can be a huge source of trouble. If left unaddressed, it can lead to arguments, anger, resentment, and even extramarital affairs. If you are tired of fighting with your spouse over sex, you should seek help from a professional counseling center soon. Here are several ways counseling may help you find a resolution for this big issue.
Fri, Jun 24, 2016

Relationship Counseling: What You Should Do If You Suspect Your Husband May Be Gay

Even in this modern age, there may be some men who do not want to admit that they are gay or bisexual. When these men marry in order to maintain a "straight" appearance, there can be several problems in the marriage. If you suspect that your husband may be gay or bisexual, you need to encourage him to attend relationship counseling with you. Here are some other things you should do during this discovery and recovery process.
Thu, Jun 23, 2016

When Sibling Rivalry Turns Violent Or Abusive: How Family Therapy Can Help

Sibling rivalry is a normal part of growing up with brothers and sisters. It is typical for children to fight for the attention and affection of their parents and even acceptable for brothers and sisters to compete against each other in an attempt to gain more favor with their parents. More serious problems arise when children become violent or abusive towards each other and it begins to impact their emotional and psychological well-being.
Wed, Jun 22, 2016

Getting charged with a DUI is embarrassing and can have serious legal ramifications. If you were recently charged because you got behind the wheel after having too much to drink, you're likely interested in getting your life back on track as quickly as possible. But that's easier said than done if you are an alcoholic. If you know you frequently have trouble with alcohol, you're going to need some help to beat the addiction. 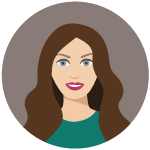